What makes a good “Coach?”

In the exercise world “Coach” is a term conferred to you by others. After many years you wake up and you have become “Coach.” The road to “Coach” is not clear nor marked out in any way. It is a never ending milieu of service, time, learning and getting results. There is no roadmap or guidebook, no short cuts or number of certifications that qualify you as “Coach” One day you just wake up there. You no longer train or teach, you draw out and serve. I was lucky enough to have that title conferred on me in the exercise world and I aspire to earn it again in a new field.

Part of my journey to being a “Coach” in a new field has been to hire my own Coach. I hired him to help me bring an idea into fruition. I did. It was three months almost to the day from our first session that Insight Based Coaching came to the light of day.

Some of you may have caught that I have coaching in the title. I’ll grow into it, I promise.

Anyway, by any measure my time with my coach was a crazy success. Something that I had been mulling since my own transformation in 2015 was done and launched in 90 days. So what does that mean? Obviously it means that my coach was worth the money given what I wanted to get from our relationship. I wanted to go from here to there. And boy did we ever get that done.

Was his ability to get me the outcome I wanted the measure of his coaching? Is my success what makes him a good “Coach?” Some might say so. I say NO!

What makes him a great “Coach” is that since our coaching I have begun writing about what I have seen for a local online newspaper, I sing, have met with prominent people in the community, am talking honesty and openly to anyone who wants to about what I aspire to do and how I see the world. I am a better parent, and partner. I am pursuing credentials and mentoring in the field of coaching. I am closer with old friends, this list goes on and on but the simple truth is that I have become a gooder person. I have long maintained that in order for there to be real change people have to become gooder. I still have not found a better word for it. Better just does not cut it.

So what makes the measure of a “Coach?” It is the intangibles, the changes that occur in you as coachee. It is everything that happens for you outside of the purview of your official coaching relationship. Provide these intangibles for long enough to enough people and one day you will wake up, as I aspire to and be called “Coach.” Until then, just do your best to give your best and the rest will take care of itself. 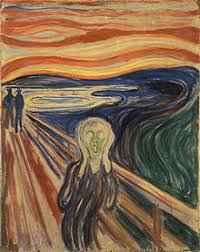 Some words for my younger self-AKA Reflections of an old guy.
Previous Article